NPI’s Status With the IRS

The past nine months have been inspiring for our movement, due to all of our events and exposure to the wider public. But we must admit, the past months have been trying for those of us who administer The National Policy Institute. And due to our heightened status, many of our battles have played out in national headlines.

The reason for this was, from what we can tell, not political. As reported by John Cox in the Washington Post, for the past three years, NPI has “been categorized among those not obligated to file any returns whatsoever.” (The IRS’s standard procedure is for organizations whose annual intake exceeds $50,000 to file the full-length versions of the 990 and 1023 forms.) In other words, the IRS mis-categorized NPI, leading our accountant to think that no reports needed to be filed.

An error was made on the IRS’s part, as the Post concluded; however, we—as President and Chairman of the Board—ultimately take responsibility. We should have known the rules, and we should have filed all necessary forms.

After we learned about this issue in late November 2016, we hired a new accountant and scrambled to get everything in order, which included going through three years’ worth of books and properly completely 990 and 1023 forms.

And here’s some good news within the bad news. All donations given to NPI before March 2017 are tax deductible—that includes donations during our Christmas fundraising drive.

And now for the real good news. We are in the process of regaining our non-profit 501(c)(3) status with the IRS, and we are very confident this will happen this year. Tax experts with whom we’ve discussed the matter agree.

Also, NPI corporate entity has successfully relocated to the Commonwealth of Virginia, and we are in good standing with the Virginia Department of Agriculture and Consumer Services as a not-for-profit organization. Federal recognition will likely take around 6 months, as the IRS reviews our reinstatement request.

Again, since March of 2017 and until we are reinstated, contributions have not been tax-deductible.

That does not mean, however, that you cannot contribute. Most of our contributors, in fact, do not take deductions; and the clear trend in giving is towards non-deductible, digital gifts.

Most importantly, we rely on donations to operate.

Richard has been traveling around the country taking part in major events . . . we’ve established a headquarters that’s acted as our studio, production center, Alt-Right meet-up spot, and more . . . and we are about to launch four new books and a series of policy papers. (We’ll be describing all of these projects in subsequent emails.)

The time is now for us to push ahead boldly. We hope you can take part. 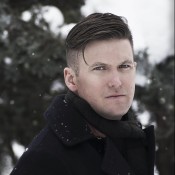 Richard Spencer is President of The National Policy Institute and the founder of RadixJournal.com.

The Next Great Awakening

The Evolution of a Taboo

How A Virus Can Shake The World